(
)
In a desert dystopia, a young woman is kidnapped by cannibals.
Play Trailer

(
)
In a desert dystopia, a young woman is kidnapped by cannibals.
Play Trailer

THE BAD BATCH follows Arlen (Waterhouse) after she's left in a Texas wasteland fenced off from civilization. While trying to navigate the unforgiving landscape, Arlen is captured by a savage band of cannibals led by the mysterious Miami Man (Momoa). With her life on the line, she makes her way to The Dream (Reeves). As she adjusts to life in 'the bad batch' Arlen discovers that being good or bad mostly depends on who's standing next to you. 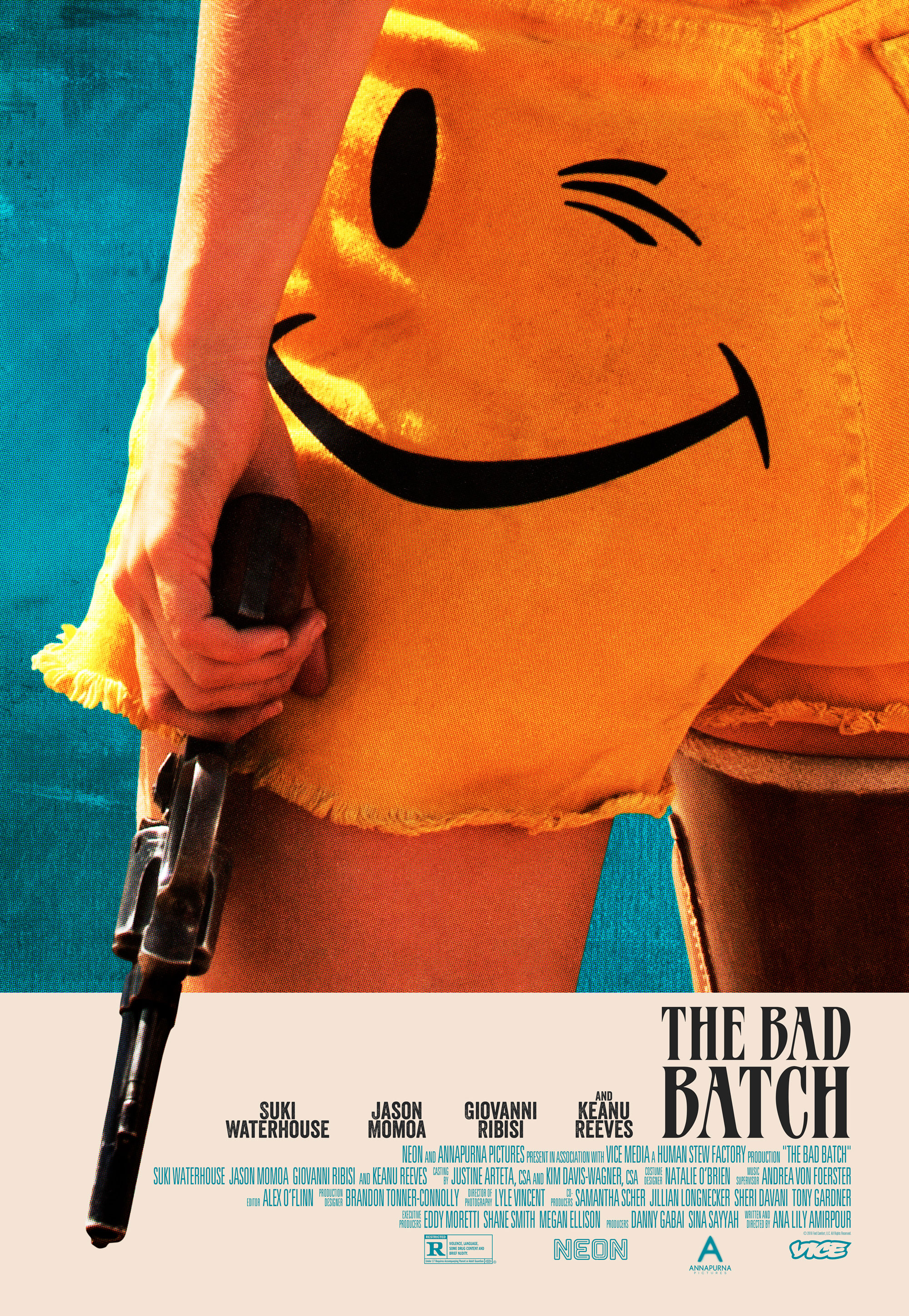