(
)
The aftermath of a police killing of a black man, told through the eyes of the bystander who filmed the act, an African-American police officer and a high-school baseball phenom inspired to take a stand.
Play Trailer

(
)
The aftermath of a police killing of a black man, told through the eyes of the bystander who filmed the act, an African-American police officer and a high-school baseball phenom inspired to take a stand.
Play Trailer

So much can be revealed by just looking into another person’s eyes. That sense of compassion, complexity, and yearning to understand is at heart of the beautiful, solemn MONSTERS AND MEN, the debut feature of writer-director Reinaldo Marcus Green.

Green begins his story with an event that’s all too familiar in American society: The shooting of an unarmed black man during an altercation with police officers. This act of violence, occurring on a street corner in the Bed-Stuy neighborhood of Brooklyn, is the starting point for Green’s nuanced exploration of a community in the wake of yet another controversial police intervention.

Employing a bravura storytelling technique, Green divides the narrative into three sections, each focused on a different man of color in the community: A witness to the incident who captured everything on camera (Anthony Ramos), a conflicted cop who experiences systemic racism while still defending his force (John David Washington), and a high school athlete politicized by the shooting (Kelvin Harrison Jr.).

Though the three men cross paths only briefly, it is through powerful moments of prolonged eye contact that the narrative throttle is passed from one to another. As the film changes protagonists, deeper questions are asked about truth, prejudice, justice and how to do the right thing. Easy answers aren’t offered. But Green, driven by enormous empathy for his characters, creates new opportunities to confront our own assumptions head on.

MONSTERS AND MEN is a vital cinematic attempt to reckon with one of the central challenges of our moment. 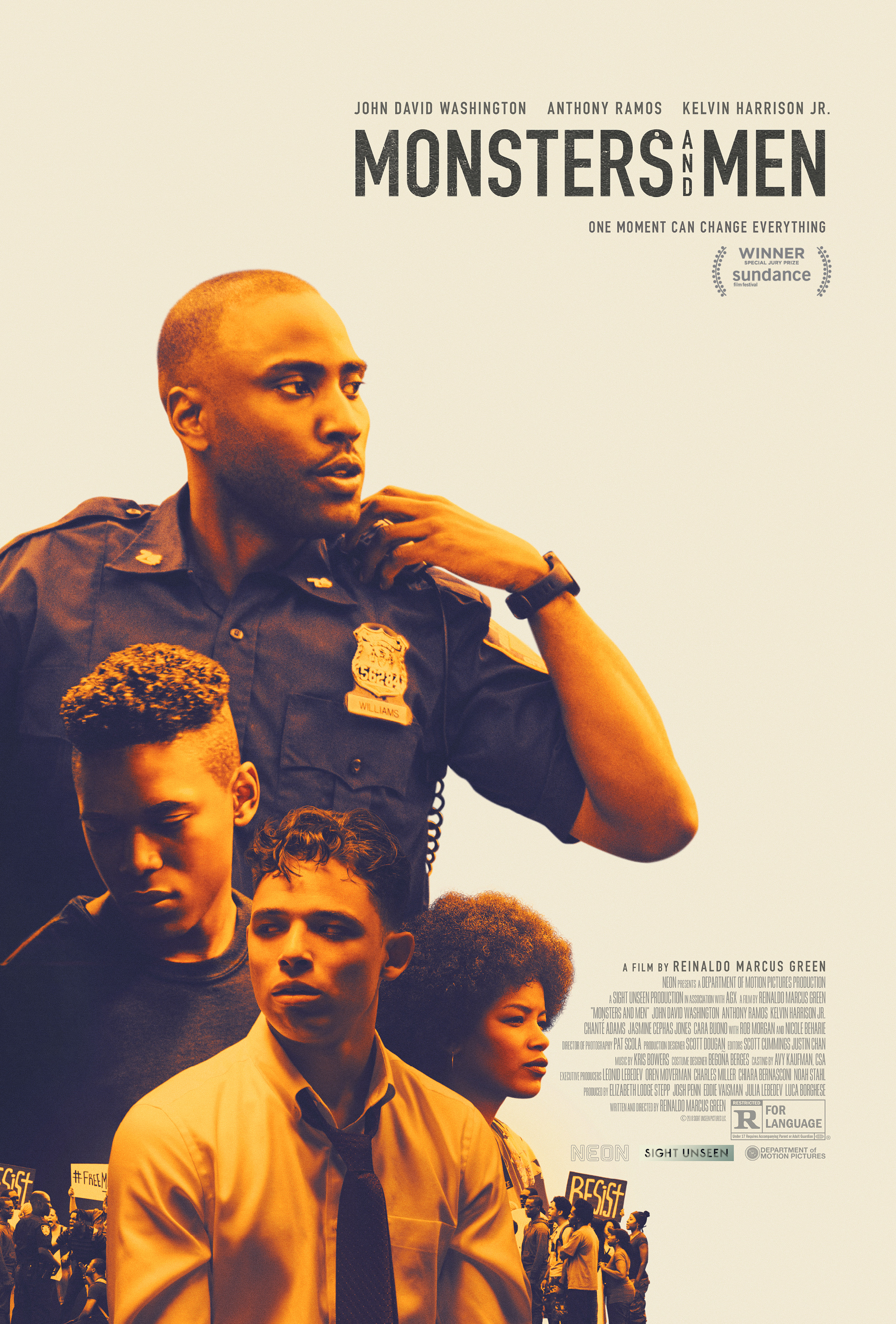